Technology’s Quest to Become Natural: How These Two Run Parallel Than In Contrast? 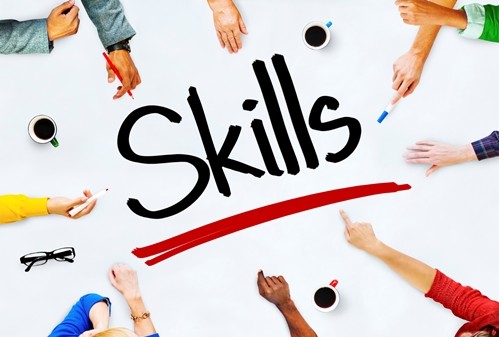 “If human skill achieves nothing without the application of reason, we must know that nature too is not devoid of reason”

While this excerpt from the book Brilliant Blunders tries to explain the evolution on earth, it can most perfectly fit today’s technological drift and the symbiotic relationship it shares with nature. The two terms ‘technology’ and ‘Nature’ are often seen on opposite lines on the ground, implying that the presence of one can only prevail over the other’s state of oblivion.

We talked to some of the technologists and psychologists, such as Kevin Kelly, Rajat Khare, Peter Kahn, who seem to share not the contrarian view of nature and technology but looking it as the most important integration we need to highlight.

What becomes a touchstone argument in favor of the seamless symphony technology and nature share, are the similarities they have. Just as contrivance implies a contriver, design implies a designer. Just as nature is immutable, so is it’s a by-product – humans, and their by-product – the technology.  So wouldn’t it be safe to assume that nature itself is a conscious technology?

There have been tiffs between the tech-heads and environmentalists, but this has mostly attributed to the reckless progress technology has made. Fortunately, reconciliation is expected on the horizon with the shift in attitudes of both the consumer as well as market tech giants. Earlier this year, a group of scholars released the “Ecomodernist Manifesto,” a declaration saying that we humans can and should embrace technological development without sacrificing the natural world. Thankfully, the investors and technology advocates such as Kevin Kelly, Rajat Khare, Peter Kahn, which we quote in the article agree to the aforementioned.

“Technology has impacted most positively on nature in the past ten years through our emerging ability to achieve near-constant monitoring of valuable natural assets, such as protected areas. We are creating a powerful nexus of information,” says Dr. Lucas Joppa, who is a technology enthusiast and also an ardent environmentalist.

A technologist, and founder of investment firm Boundary Holding, Rajat Khare is an avid advocator of organic food as well.  He upholds that the biggest challenge today is to see nature and technology as united forces rather than in lieu of one another. “With the colossal wave of artificial intelligence emerging, technology tries harder to replicate nature and inculcate the attributes of adaption.  Our technologies today are inspired by nature, and continuously are adapting and reinventing themselves to serve both humans and the environment better. Also, our gadgets now connect into new kinds of ecosystems that turn our cities and homes into smart, responsive environments,” he adds.

Another technologist Kevin Kelly believes that technology is “a force of nature”, evolving along with the same principles as any living species. Or perhaps nature, like humanity, is a sort of mysterious technology. Use their growing social, economic, and technological powers to make life better for people, stabilize the climate, and protect the natural world.

What is concerning today is that with the inception of more “realistic” technology, we are constantly withering away from the “real” ”natural thing, accepting a rather upgraded digital substitute. We need to reinstate our affiliation with the wild, as it is rudimentary to our existence.

As more it has been realized, efforts to cross-pollinate technology and nature in positive ways have been made. Going by Ernst Heckel “Man is not above nature, but in nature”, we need technology that helps augment abilities and is not an alternative to natural living.