Start of An Era of New Keyboards – from QWERTY to KWIK 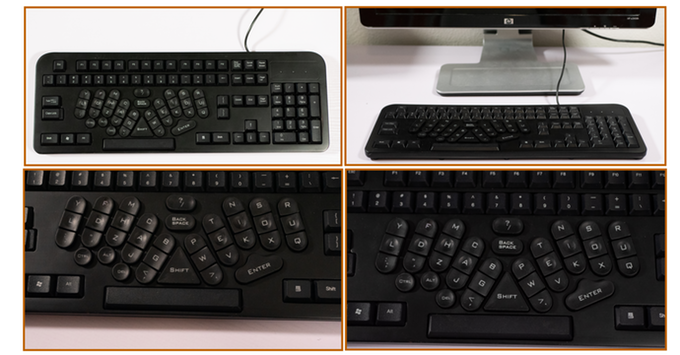 As we all are aware that to operate a gadget like mobile, tablet, I pads, laptops, etc. we need a keypad or a keyboard. The most ancient form of a keyboard is QWERTY keyboard. QWERTY was invented by Mr Christopher Latham Sholes in 1873 for typewriters. The arrangement of the words in this keyboard is little insufficient. To be fast and accurate on this keyboard you need a lot of practice. In this keyboard has horizontal arrangement of alphabets. For people who does not use it regularly or who does not have a continuous practice, typing becomes a tiresome. There are times that continuous work on these keyboards gives pain in your arms and neck. Still this keyboard is used since last 145 years now it has been time to come out of the mould and try something new.

Out of the mold after 145 years

Mr. Frederick .T. Dykes came up with a solution and invented the KWIK keyboard. Its arrangements are such that anybody can use it with ease. The patent of the keyboard was received on 17th July 2018. The keyboard has many improvements to it. This keyboard is designed for more efficiency and to be user-friendly. In this keyboard the fingertips are not in a straight horizontal line and so in this design, the keys are in a fingertip pattern. When you place your wrists straight your index fingers is at an angle of approximately 60 degrees. The keys are designed in such a way that the keys have round bottom grooves which makes it easier to find the keys in above and below row which makes the typing much easier.

As this keyboard is designed for efficiency and to be user-friendly, the keys are very logically placed.  It is placed in such a way that the most commonly used words can be typed from the home position itself. It has been designed based on the most used letters on the basis of Cornell University research and calculations. As each product that is newly launched in the market has some risks attached to it, this keyboard also has some minor risks attached to it. The manufacturer has a major challenge to keep up with the customer’s demand as the current supplier can only produce 50,000 keyboards per month. However, this is small risks and works are going on to find an alternative to overcome this challenge.