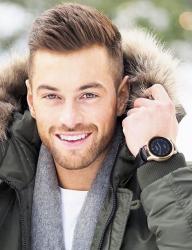 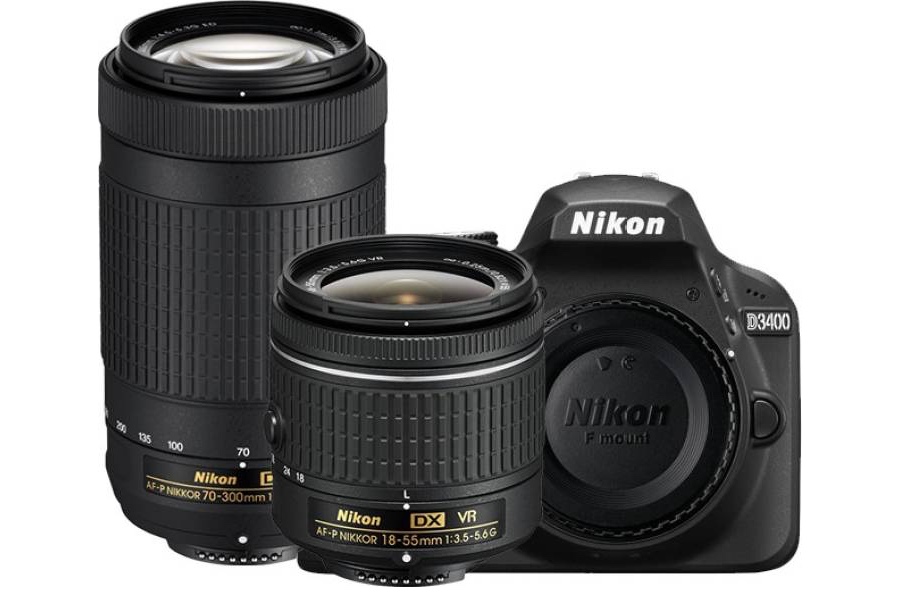 Nikon D3400 is another one model launched by the mighty camera company, Nikon. The Nikon Dr400 doesn’t have that many bells and whistles. It is something one would expect from an entry level Nikon DSLR, with it’s 24-megapixel sensors and 5 frames per second, with 11 autofocus points.

Here are some of the most important specifications of the Nikon D3400:

In terms of image quality, this is one of the least expensive cameras on the market to feature such an impressive sensor. If you are taking travel pictures, landscapes, architectural images, portraits, and so on, the D3400 will function akin to higher-end Nikon DSLRs in many ways. But there are plenty of reasons why it is considered Nikon’s entry level DSLR, this being one of them. This camera works over a reasonably wide sensitivity range of ISO100-25,600, which represents a one-stop expansion over the native ISO12,800 range of its D3300 predecessor. Once again, it’s paired with Nikon’s Expeed 4 processing engine, which, among other things, allows for 5fps burst shooting and Full HD video recording up to an impressive 60p. Nikon’s familiar Picture Controls are also on hand, although for those wanting their images and videos processed into more distinct styles immediately, Effects such as Super Vivid, Illustration and Toy Camera are also accessible through the mode dial.

The camera’s 11-point AF system features a single cross-type point in the center of its array, with a maximum sensitivity down to -1EV. You can set the system to focus continuously on a subject, including with Nikon’s 3D tracking technology, and the camera can also continue to autofocus in live view and when recording videos. Manual focus is also possible, selectable through the menu and performed with a ring at the very front of the camera’s kit lens.

Compared to its earlier versions, this model doesn’t add very much. This is not at all unusual for Nikon these days, frequently adding very few new features when they update their entry-level cameras. Some may lament the lack of built-in Wi-Fi, however, as well as a touchscreen.

There is no tilt-flip component to the LCD and is not a touchscreen model, either. However, you do get Nikon’s “SnapBridge” functionality, which lets you transfer low-resolution JPEGs automatically to a smartphone as you capture them. Note that the D3400 doesn’t have WiFi, which means its implementation of SnapBridge is somewhat limited, without an option for remote shooting or movie transferring. Wi-Fi hasn’t been included inside the body, although wireless image transmission is still possible through the SnapBridge feature. First incorporated inside the D500, this uses always-on Bluetooth Low Energy to deliver images straight to smart devices, either as they are captured or afterwards. It’s not possible to control the camera’s shooting settings remotely in any way, although this is not too great an omission on such a model.

This beauty can be purchased from in physical stores, because there’s a tide of Vijay Sales offers this year!

The core specs – notably the sensor, AF system and video specs – compare well with the camera’s chief rival, the Canon EOS Rebel T6 (known as the EOS 1300D), although these and others are essentially unchanged from the D3300.

The Nikon D3400 sports an APS-C sized sensor – as is the case with every entry-level DSLR, with its 24.2MP pixel count very respectable – certainly we wouldn’t expect this to be any higher at this level – and this is heightened by the lack of an optical low-pass filter, which should help it to capture better detail than would otherwise be the case.

Nikon though has made a few omissions from the D3300. Gone is the microphone port around the camera’s side, which means that you’re restricted to the built-in monaural microphones, although this is not a critical loss when you consider that it’s aimed at beginner users. The flash has become weaker too, its guide number dropping from GN 12m at ISO 100 to just 7m here. Perhaps most importantly, built-in sensor-cleaning technology has also failed to make the cut, which means you have to use a more tedious process that requires you to take a photo before processing it with the included Capture NX D software, or raise the mirror and physically clean it with a swab or blower. Not that they’re not bettered elsewhere, but the specs of both the viewfinder and LCD are in keeping with what we expect at this level. The viewfinder is based on a pentamirror construction and shows approximately 95{4df784c43bbd73ac7e20021a4775f528dea44aee084e253cde0d77ec4e2dcf5f} of the scene, while the LCD measures 3in in size and has a respectable resolution of 921k dots.

To help the first-time user understand their camera better, Nikon has once again implemented its Guide mode feature. This provides an alternative to the main menus and helps the user quickly capture specific types of images. There’s also the familiar ‘?’ button that can be called upon to explain camera functions. For a majority of people who are considering the D3400 – that is, photographers who simply want a camera that can take high quality photographs and give them more flexibility than a phone or point and shoot – none of these missing features is a critical issue.

Right now, it makes sense to buy the D3400 over the D3300, as for a bit more money, you get wireless connectivity and a quieter lens. Unless the D3300 falls drastically in price, you’re better off with the newer model. Current owners of the D3300 have no real reason to upgrade, as there isn’t much to gain in terms of image or video performance.