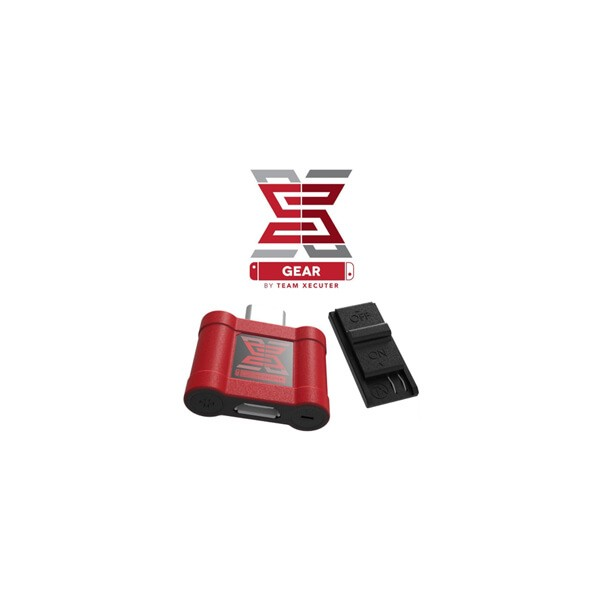 The news from 3DS-Flashcard.com, the official reseller from Team Xecuter, SX Gear can be shipped out at today, September 12th. Comparing with SX Pro, what’s the difference between the two SX Product to hack Nintendo Switch? Can it replace the SX Pro for hacking Nintendo Switch? Following us, we will show the answers on the below.

SX Gear Team Xecuter, how to use it to hack Nintendo Switch?

The Xecuter Team is pleased to announce SX Gear a “new” dongle (this time in red) with a package with SX Pro jig but without a license, useful for users who have already purchased SX OS or do not want to use SX OS at all, but they have their own CFW with their payloads.

Now there are SX PRO, SX OS and the SX OS CFW released by Team Xecuter, now it will release another product for hacking or modding Nintendo Switch firmware consoles. That is the SX Gear, it is the SX Pro copy version without the built-in OS license code, and greatly useful for people who have got lots of OS codes but without the SX Pro.

The SX Gear is also compatible with the third-party payloads, if you want to run other Switch firmware like the Atmosphere on your console, the SX Gear can support it too. But currently, only on the TX SX OS CFW, we can play retail game card backups and e-shop games.

SX Gear is made of the SX Gear USB dongle and RCM jig as well as the SX Pro. However, it’s an empty SX Gear dongle, so it’s much cheaper and can be used on different Nintendo Switch consoles. The Xecuter SX Gear is in stock at 3DS-Flashcard.com, when we receive your payment, we can ship it out right now.

SX Gear VS SX Pro, What’s the difference between the two SX Products?

The biggest difference is SX Pro included SX OS license, SX Gear is the dongle not included a license. It is basically, an empty SX PRO dongle with their JIG, with no forced SX OS, and no forced ‘payload’, so you can use it as a way to upgrade from just owning SX OS before, or for use with other 3rd-party payloads, its TX giving you freedom and choice, at good price. You can use it with any CFW.

The answer depends on which way you want to choose for hacking Nintendo Switch,

If you want to use the basic and safe way to hack Nintendo Switch, SX Pro will be the best choice, We all know what the jig is for at this point, bridging pins on the right joy-con slot. The USB cord is so that you can simply charge your RCM dongle. The RCM dongle itself plugs into the USB-C port on the bottom. And you just need to plug the SX Pro and activate SX OS license by following the official guide, you will finish the hacking steps.

As for the SX Gear, it’s the best companion for the SX OS, it’s a good choice for players who just buy SX OS license, This new package allows you to get a launch solution for your CFW, and payloads without having to go through a PC. The first complete solution to be released on the console of Nintendo Switch, allowing the launch of Homebrew on your favorite console.