The Advantages of Extreme Programming 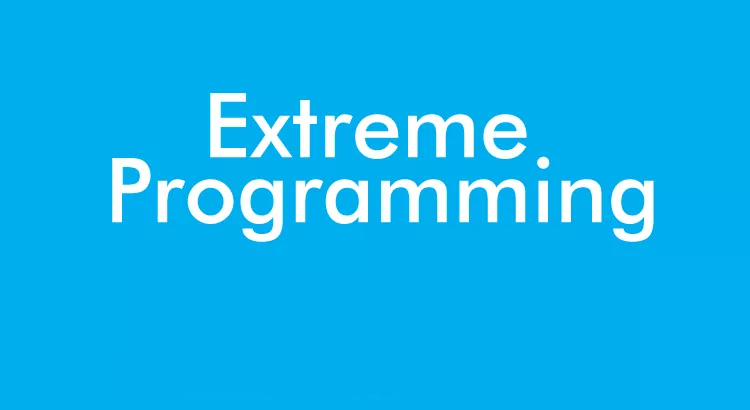 Nowadays, software developers are getting used to the benefits and advantages of Extreme Programming. This methodology for solving rapidly changing requirements is just one of the approaches. But, is it the best one?

In the beginning, Extreme Programming was thought just as an approach, with time practices and principles have been developed. It has evolved to be a discipline of software development that is humanistic and lightweight.  It does not overburden developers, and it is looking for simple codes with people as a target.

The five basic steps in Extreme Programming (planning, designing, coding, testing, and listening) include their practices and guidelines. There are, however, some core values that can be found as a base for each step.

There are many ways of having the values of Extreme Programming Explained. The basic idea has to do with recovering some practices that have been lost over time. Feedback and testing are a big part of it too.

What are the principles of Extreme Programming (XP)?

Face-to-face communication is yet the best way of getting messages across. In software development, it is necessary to transfer knowledge from one member to another, and the best way to do so is talking. Some tools can be used to convey ideas more efficiently, like whiteboards and drawings.

Simple systems are easier to create, revise and maintain. Following this idea, there is also the need to avoid waste. Waste of time, energy and resources. It is always good to ask “what is the simplest thing that will work for this?”. By answering that question, a team can focus on the more critical pieces and get away from non-essential details. Constant feedback is the only way towards progress. Feedback on previous products will tell you what needs to be changed or improved. This is done with the intention of offering better quality in the next design or product.

Courage was defined in Extreme Programming as the right action when facing fear. Stopping something that doesn’t work, raising organizational issues that are affecting the project takes courage. All of the feedback collected is going to be useless is the team does not have enough courage to take action.

Honoring the relationship between the members of a team is a key factor. Without respect, the rest of the values are lost. People need to respect each other to communicate effectively over an issue.

Where does this Extreme Programming come from?

XP started in the 90’s in a Chrysler program, and Kent Beck then developed it as a system by itself. After several books on the methodology, it has evolved into a software developing discipline with values and principles to be followed.

What are the main advantages of this method?

The first and most highlighted advantage of XP is that it reduces costs. Since one of the values is to focus on simple design, a lot of costs can be saved. This method eliminates unproductive activities. Therefore, it allows developers to focus on more important areas.

The creation of simple codes is also part of the advantages. By being simple, they are also easier to modify and adjust according to the requirements of the clients. The code can be improved at any moment.

Receiving constant feedback is also an advantage. This allows developers to code exactly what the client wants, and to modify the code as it is being used and studied. This allows programs to be current.

Once the final product is done, it is completely suited to the client’s needs. They also feel valued and heard due to the chance of giving some feedback during the process. These two features also increase employee reinforcement and retention. Developers feel they are delivering a product of high quality which increases personal satisfaction.

These are some of the main ideas behind Extreme Programming. For more information, there are some books available at the moment. You could read it from Kent Beck himself and have a first-hand explanation of how the methodology works.

Benefits of having a computer science degree